Learn Fresh is proud to announce today the student selections for the 2022 NBA Math Hoops National Championship. The event will take place June 10-12 in Philadelphia, and will be co-hosted by Learn Fresh, the Philadelphia 76ers, and the Sixers Youth Foundation. 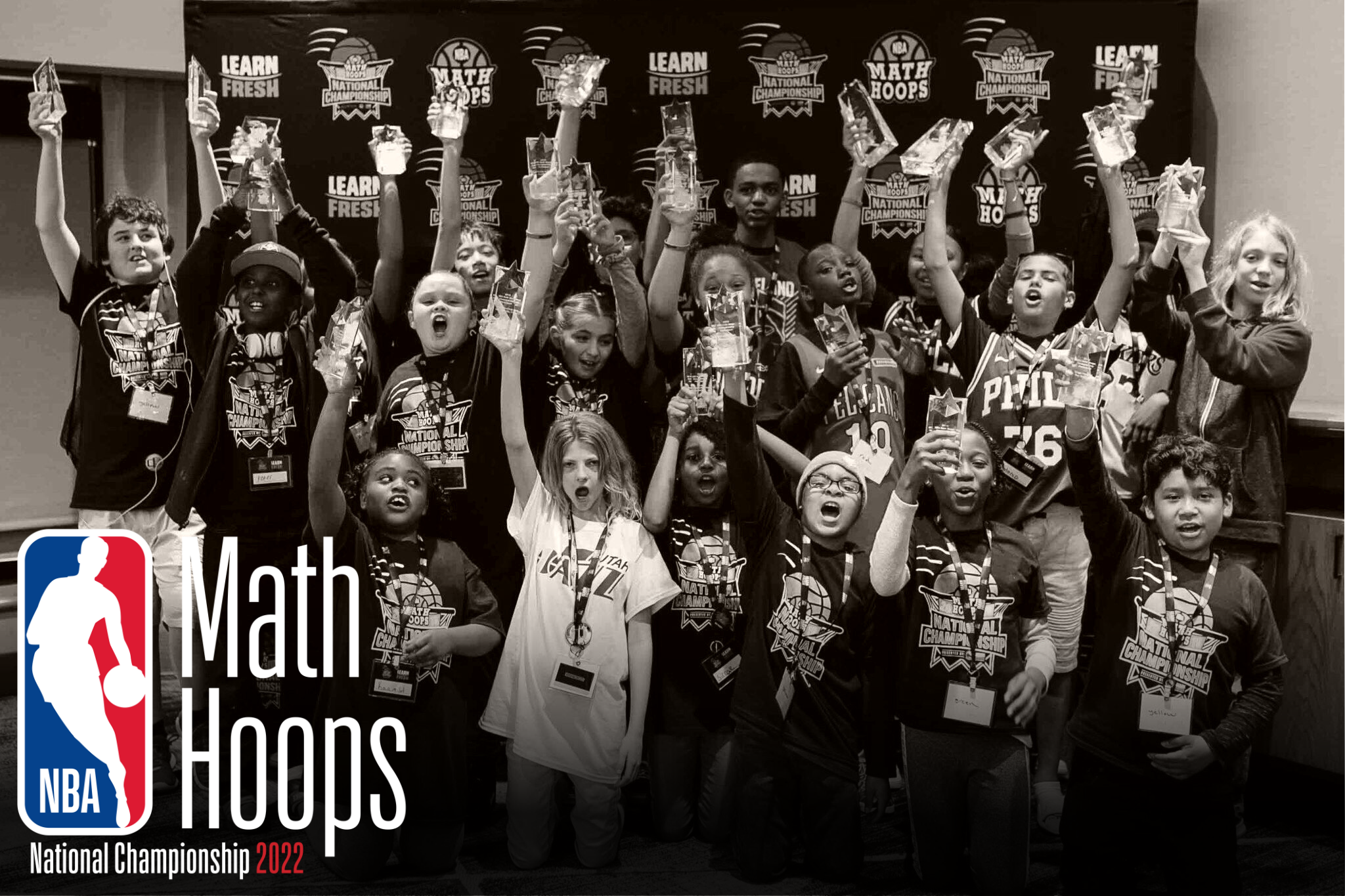 Philadelphia, PA - Learn Fresh is proud to announce today the student selections for the 2022 NBA Math Hoops National Championship. The attendees for the 2022 event, set to take place in Philadelphia on June 10-12, are drawn from over 200,000 students who participated in NBA Math Hoops programming during the 2021-22 season. The event returns to an in-person format this year after being held virtually in 2020 and 2021, and will be co-hosted by Learn Fresh, the Philadelphia 76ers, and the Sixers Youth Foundation.

The National Championship is the flagship event of the NBA Math Hoops program, bringing together students from across the U.S. for a weekend of competition, learning, and fun. The 2022 attendees include nominees from the 2021-22 season, as well as students selected for the 2020 and 2021 in-person National Championship events, both of which were canceled due to the COVID-19 pandemic. These students represent 18 NBA and WNBA markets, come primarily from low-income communities, and reflect the diversity of NBA Math Hoops program participants across the U.S., which are a combined 50 percent Black/African American and Hispanic/Latino, a nearly equal gender split (46% female-identifying, 53.5% male-identifying), and 89 percent in grades 4-6.

In order to qualify for application to the National Championship, students must play a minimum of 25 games of NBA Math Hoops and complete 10 curriculum units over the course of the program season, which runs from October through the Spring. Students must also display a high degree of growth through the program, a dedication to practicing good sportsmanship, and an ability to overcome adversity either inside or outside the classroom. Students meeting these criteria are nominated by their program educator to apply, and attendees are selected from the pool of applicants.

The Philadelphia 76ers and the Sixers Youth Foundation will co-host this year’s event, helping to provide an immersive experience for students. The weekend will begin with a series of welcoming events on Friday, including an activation with Hasbro. Opening round tournament competition will take place Saturday morning, followed by a session with Mitchell & Ness and a college campus visit to the University of Pennsylvania. Sunday’s events will take place at the 76ers practice facility, including a STEM and basketball statistics workshop in the morning and final round competition and award ceremonies in the afternoon.

The participants for the 2022 NBA Math Hoops National Championship are as follows, including their regional program and educator (in parentheses):

NBA Math Hoops delivers fundamental math and social-emotional learning through a basketball-themed board game in both physical and digital forms, a curriculum that builds math and social-emotional competencies, and a community program experience. The program explicitly targets students in grades 4-8 who have historically been underrepresented in STEM fields, including girls, students of color, and students from low-income communities. The NBA Math Hoops game features the real-life performance statistics and identities of all NBA and WNBA players, providing an exciting, culturally-relevant “hook” to engage students of all genders and ethnicities, and representing a highly diverse community of athletes in a data-rich learning environment. Through training and support, educators are equipped and empowered to implement the core program in school classrooms, out-of-school programs, or in the home learning environment. A series of community-based extracurricular program events help strengthen students’ understanding of connections between math and the real world and their awareness of STEM-related careers.

Learn Fresh is a transformative nonprofit that empowers educators with innovative STEM learning experiences built around sports and entertainment. Students who engage in Learn Fresh programs discover a new way of learning that is fun, highly engaging and results in academic and social-emotional growth.