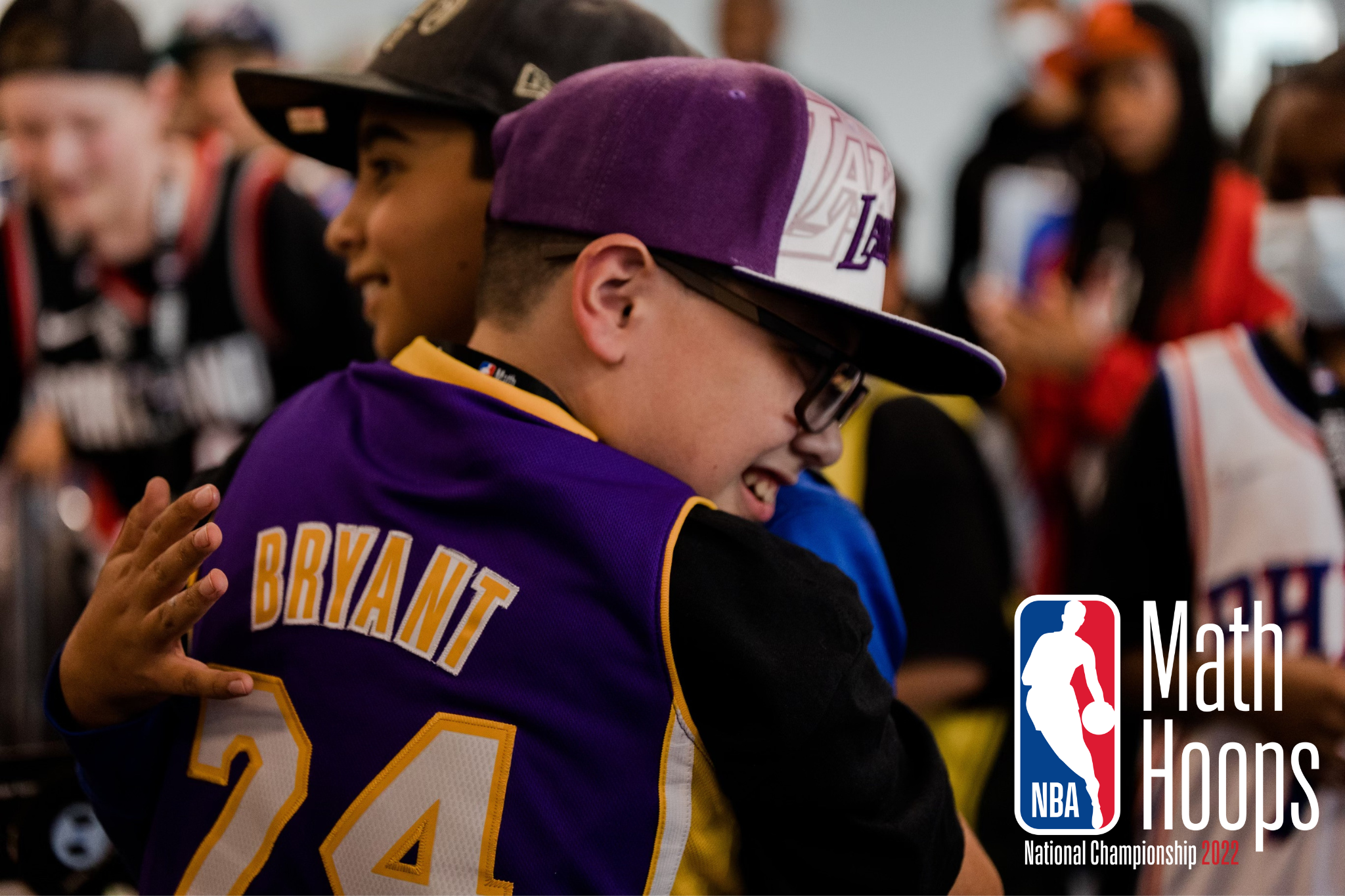 Philadelphia, PA - The 2022 NBA Math Hoops National Championship came to a close on Sunday with a thrilling final game between Krish Veluthakkal and Jasmine Rodriguez, representing the Golden State Warriors, and Edward McLellan (Seattle Storm) and Jude Hedeen (Portland Trail Blazers). Veluthakkal and Rodriguez narrowly surpassed McLellan and Hedeen in a match that stretched into overtime after twenty minutes of gameplay. McLellan was the first WNBA team representative to advance to an NBA Math Hoops National Championship Final. Congratulations to both teams for an incredible run through the tournament and an inspiring display of sportsmanship!

Sportsmanship was a common theme across the weekend, which featured a combination of competitive gameplay and immersive experiences for the 28 student participants, who represented 18 regional NBA Math Hoops programs from across the country. Additional congratulations to the five Sportsmanship Winners, who were identified for their exceptional dedication to supporting fellow competitors and maintaining positive attitudes, along with their excellent gameplay.

The final round of competition took place in the Philadelphia 76ers Business Office at the team’s complex in Camden, NJ. Sunday’s competition in Camden was preceded by an Art and Sport learning session with renowned Philadelphia artist King Saladeen, and a STEM panel and Q&A with members of the Sixers’ front office and staff. Following the completion of the final game and award ceremony, all 28 students were surprised with gifts from participating NBA and WNBA team partners in a heartwarming ceremony to culminate the weekend.

Learn Fresh co-hosted the weekend along with the Philadelphia 76ers and the Sixers Youth Foundation. The NBA Math Hoops program and National Championship are supported by a number of founding partners, including NBA Cares, the NBA, WNBA, NBPA, WNBPA, Hasbro, and Getty Images.